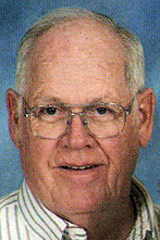 He was preceded in death by his parents; two brothers, Albert E. Barnes and Lester E. Barnes.

Funeral will be at 2 p.m. Friday, Feb. 17, 2012, at United Methodist Church, Sterling, with Rev. Marvin Ewertt officiating. Visitation will be from 2 to 7 p.m. Thursday, Feb. 16, 2012, at Birzer Funeral Home, Sterling, with family present from 5 to 7 p.m. Private burial in Sterling Community Cemetery. Memorials may be sent to Sterling United Methodist Church in care of the funeral home.